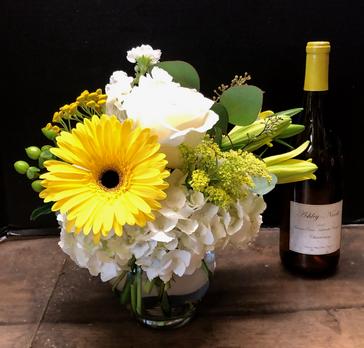 Tulips are back!  We take a classic approach, with A head of Hydrangea and 10 stems of Dutch Tulips (ask for color availability!) arranged in a bubble bowl.  Simplicity=Beauty

FYI - Tulips are out of season the day after Mother's Day! 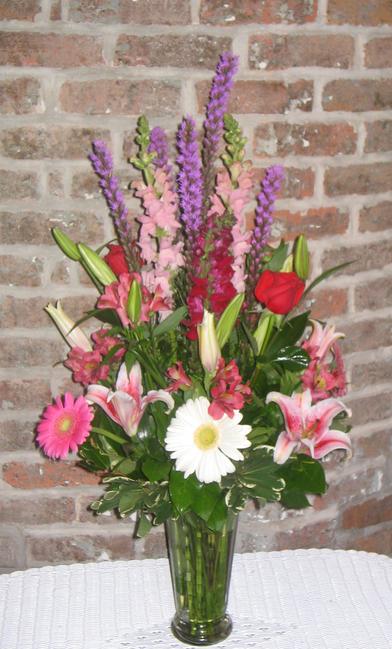 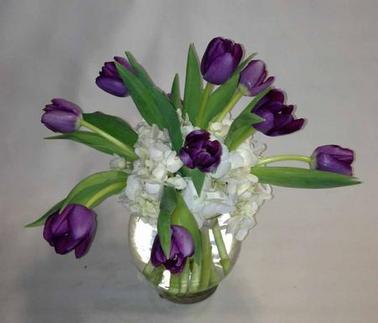 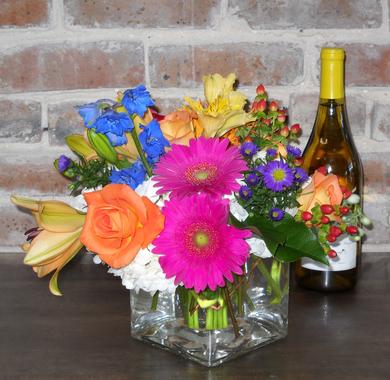 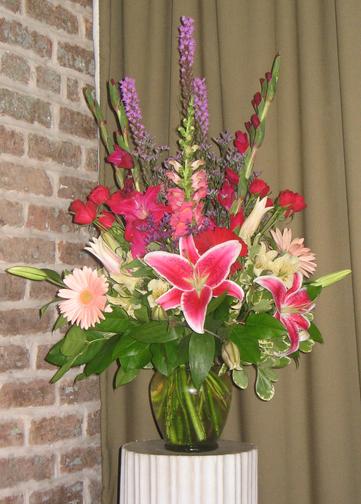 Harkins, the Florist, opened its doors in 1937 in Jackson, Mississippi, during the depth of the Great Depression.  Its founders were John Harkins, a recent graduate of Mississippi A & M College, and his fiancée, Bobbye Roberts. They managed to keep the business going through the Depression and World War II.  After the war, their first son, John Harkins, Jr., was born, and the business began to flourish. Ultimately they had as many as six shops along with a greenhouse growing operation, a landscape business and even a pet shop at one time.

John Sr.’s brother, Bob Harkins, returned from the war in Europe and worked with his brother learning the business before moving to Baton Rouge, LA.  He operated Bob Harkins Flowers for 40 years.

John Harkins, Jr. grew up in the flower business, learning design from many skilled workers at Harkins, the Florist, most notably Mada Hewitt, Jackson’s premier designer for half a century. John, Jr. learned management skills from his mother, Bobbye, who led the business to its most profitable phase after the death of John, Sr. During his five years at L.S.U. in Baton Rouge, John, Jr. worked for Uncle Bob, picking up skills from more accomplished designers.  He thought he was making spending money, not that he was preparing for his life’s work.

For a 10 year period John Jr. did teaching and later counseling work at schools in Vicksburg and Biloxi, Ms. and ultimately in New Orleans.  The late 1970s found him seeking a new vocation.  He was stunned to find himself considering returning to the flower business, a route he had always said he would never take.

In the Fall of 1979 harkins, the florist of Louisiana, was born in John’s apartment in the Irish Channel.  He took orders and prepared them during the day and went out making deliveries at night. When he had to go out during the day, he call forwarded the business line to Zetta Hearin, a friend, who would pinch hit until he returned.

Within a few months, harkins, the florist, moved into 1359 Magazine Street, a totally unrenovated three story brick townhouse in the just developing Coliseum Square area. The nickname “London after the War” was an apt description. Pigeons inhabited most of the place, and an umbrella was needed inside when it rained.  For five years the business held on there, but the building was deteriorating faster than money and effort could be poured into it.

In 1984 John decided to sell 1359 Magazine and move into recently renovated 1601
Magazine.  It was a good move.  Most people had been afraid to get out of their cars in the 1300 block, much less come inside.  The new location was inviting to customers and the business began to prosper.